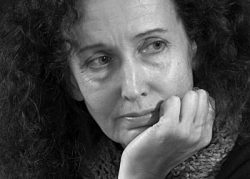 Artistic Director Mags Byrne has been working professionally in dance for over 35 years. She has performed and toured with many contemporary dance companies and choreographed and mounted projects for groups and companies all over Britain and Ireland, as well as in Austria, Ethiopia, Germany, Indonesia, Palestine, Romania,  South Africa and Switzerland.

Mags loves chillaxing at the cinema or watching a film with a big mug of tea.  An avid viewer of all sports, (except cricket and tennis), and loves sing-a-long music, which, to the annoyance of everybody around her is basically any music, in any genre, unconsciously sung on repeat!!!!!! 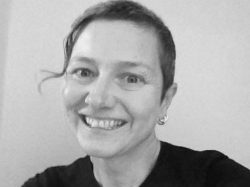 Company Manager Louise Dempster-O’Neil has over 30 years of experience in company and project management, fundraising and community development within the public and voluntary sectors, working for large and small organisations in the fields of housing, regeneration, heritage and the arts. She has worked in Leeds, Manchester and, for the last 18 years, in Belfast.

Alongside her passion for the arts Louise has a love of the outdoors – camping, kayaking, sea and lough swimming but motorbikes are her true love. Above all she loves touring and has travelled all over Europe including crossing the Alps and the Pyrenees. 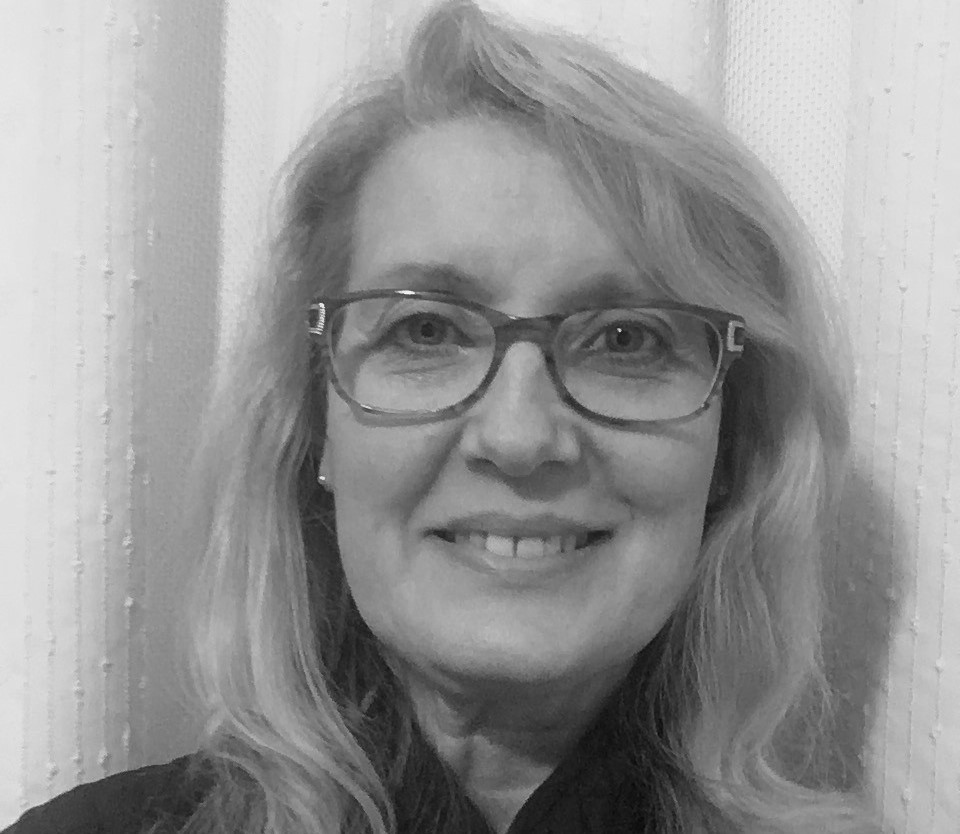 Deborah loves to go puddle jumping with her Grandchildren – and has even entered competitions – but often winds up covered in more mud than the little people! 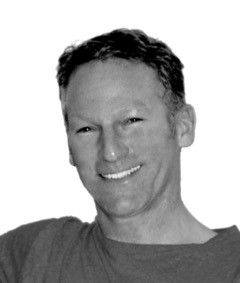 Dr. Philip Johnston danced for several leading dance companies in Europe and Scandinavia. He was the Artistic Director of the Norwegian Modern Dance Company. In the United States Philip received an MFA in Dance and a PhD in Theatre from the University of Illinois at Urbana-Champaign. He was an Associate Professor in the Dance and Theatre Departments at the University of Illinois where he choreographed and directed many works for the stage for: actors, dancers and singers. Philip is a certified teacher of the Alexander Technique and a T’ai Chi and Qigong practitioner. His publications include: The Lost Tribe in the Mirror: Four Playwrights of Northern Ireland (pub. Lagan Press) and Nina Fonaroff: Life and Art in Dance (pub. Celtic Cat). Philip will be leading the new Alternative Energies intergenerational programme in Ballycastle. 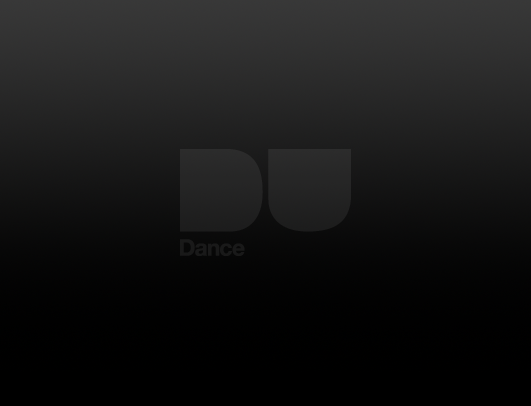 Sheena Kelly, a graduate of LIPA, is a dance artist whose inter­est lies within the con­tem­po­rary dance field and com­mu­nity dance prac­tice.  Alongside her role as Director of Sutemos Youth Engagement Project, Sheena is Community Engagement Artist responsible for developing community links, new audiences and increasing participant numbers from Northern Ireland’s most challenged communities.

Sheena loves spending the weekend at the beach with Hubby and Rescue Dog Harvey. Back in 2013 she spent a week trekking the Inca trail with her dad and uncle. She once interviewed Ed Sheeran about his time as a participant with British Youth Music Theatre and he very kindly gave free tickets to his Belfast gig that night.

Artistic Consultant and internationally renowned choreographer, Royston Maldoom, has been the initiator and leader of numerous dance projects in Northern Ireland and across the world. Now resident in Berlin, he is known particularly for his work in the field of community dance. His work was honoured in the movie Rhythm Is It! and he has received many international honours and awards including: Deutscher Ehren-Tanzpreis; Special Schiller Award; Order of the British Empire; German-British Forum Award; Club der Optimisten.  Mags and Royston are particularly well known in the dance world for their work with street and working children in Ethiopia over a period of ten years. 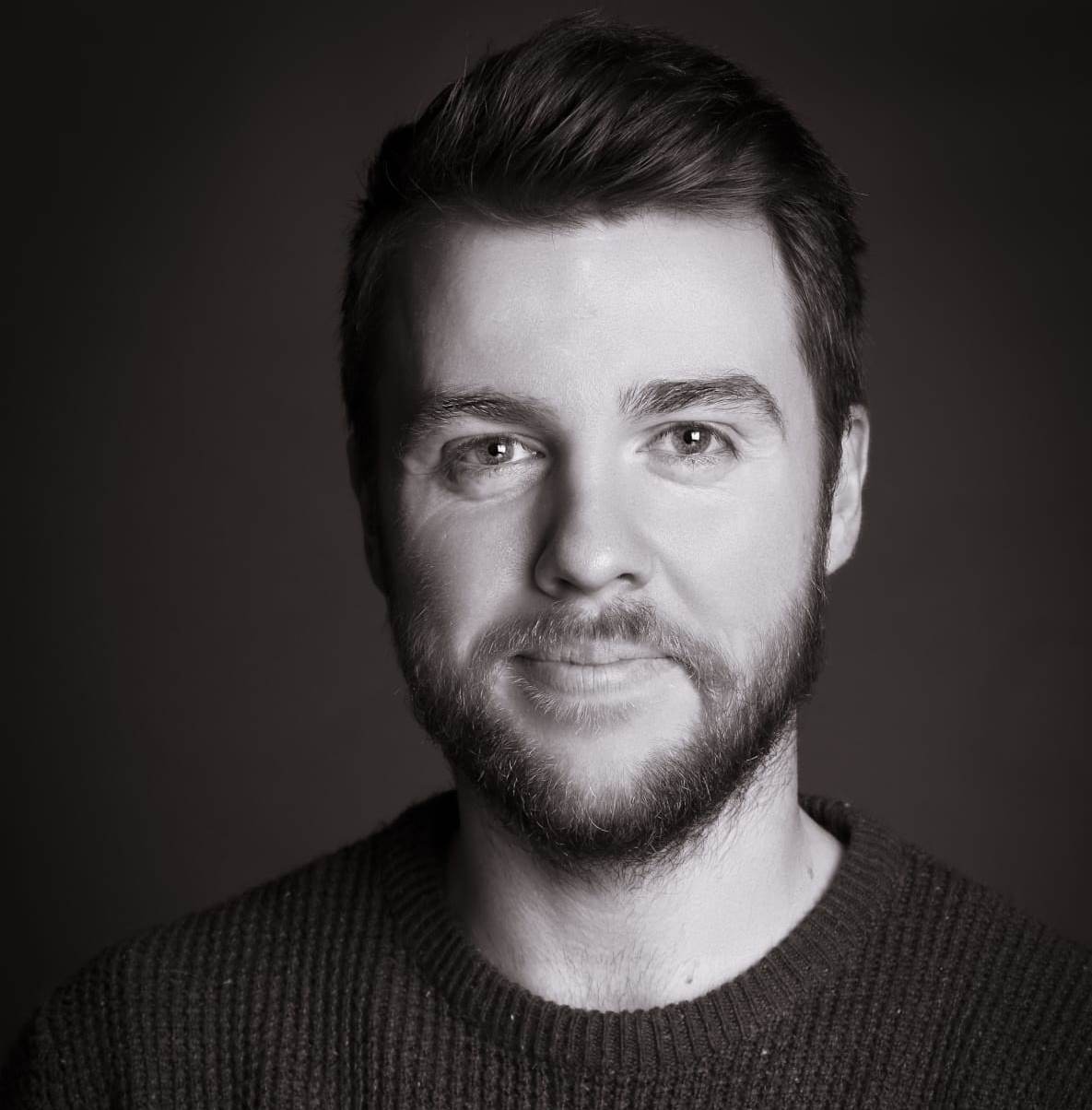 Sean O’Neill first became involved with DU Dance (NI) through Sutemos Youth Engagement Project and has assisted, volunteered as well as performed with the group over the last decade. Through the company he has had the opportunity to perform all over Ireland, Germany and appeared on the BBC National Lottery Show. Sean has also been a member of the Youth Steering Group and was a Young Ambassador for the company. He has a wealth of experience within theatre and dance and is delighted to be working as the Director for the Belfast Boys Youth Engagement Project.

Morag Stuart joined the team as Marketing Co-ordinator in 2021. Morag has over twenty years marketing experience across a broad spectrum of organisations and since 2007 within the arts in Northern Ireland. This includes WheelWorks, Young at Art Events, National Museums Northern Ireland and as a volunteer with the Northern Ireland Mental Health Arts & Film Festival. She has worked collaboratively with a number of artists, events and partners such as Belfast City Council, Cathedral Quarter Trust, Island Arts Centre, Barnardo’s and QFT. 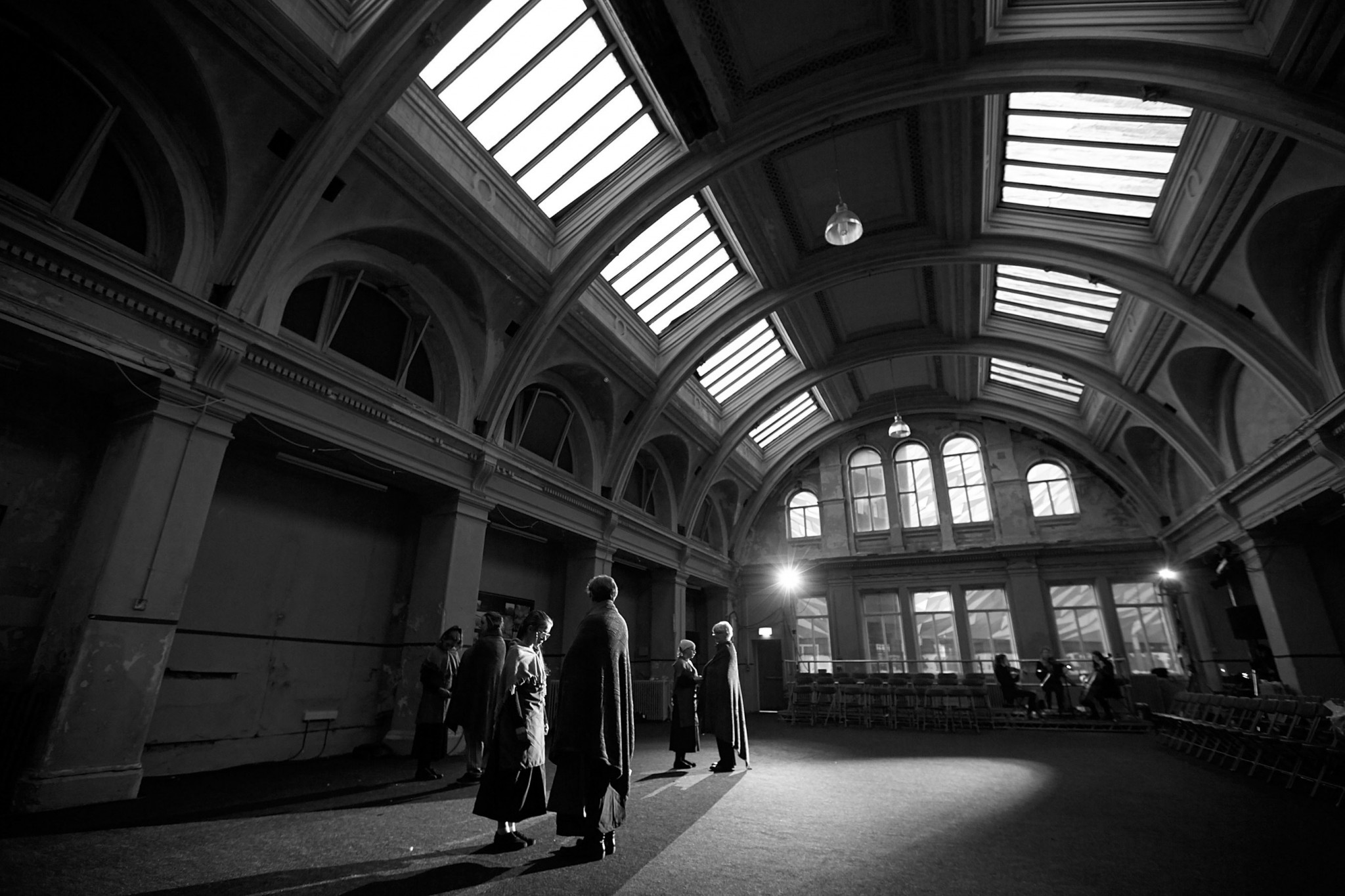 Rosamond loves sea swimming and ventures in at Port Muck several times a week, whatever the weather, along with coastal rowing. This requires technical training on a rowing machine and rowing to music twice per week (for stamina building) immediately followed by a circuit training class aimed at building up core muscles needed for rowing.

Les’ first love is sport, and he played rugby badly for many years, even after his family and his body were telling him to stop. He worked for a year with the Ulster Branch of the IRFU on a Heritage Lottery funded project looking at rugby club heritage, a job that was so enjoyable his wife took to calling it his gap year

Jane has been involved in dance all her life. She’s been at it since she was three years old. She belongs to Bal Feirste, a French dance association, which meets once a month in Belfast. She has plenty of opportunity to practice when she’s at her other home in Brittany, a region of France where traditional music and dance are part of the fabric of life 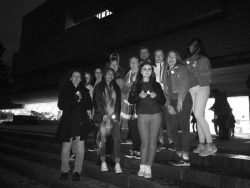 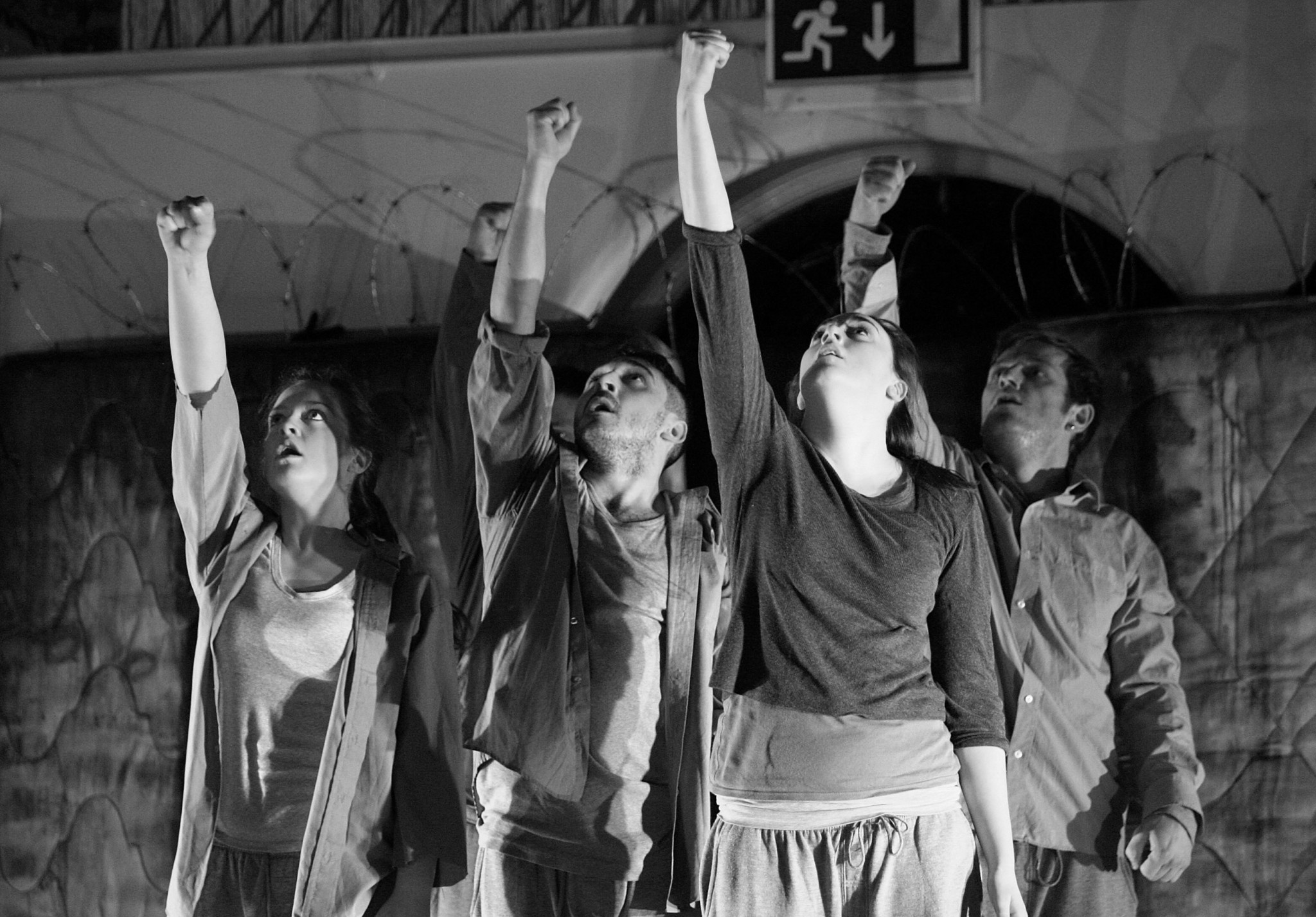