A successful visit by Diyar Theatre in August

In August, we were delighted to bring nine dancers from Palestinian company Diyar Theatre to perform as part of Féile an Phobail 2022.

“This was a huge undertaking”, said DU Dance (NI) Artistic Director Mags Byrne “and we were absolutely delighted they made it here, as were they. The response has been amazing and the dancers were blown away by the welcome they received from the public during the Féile carnival parade and the support from fellow performers.”

During the very hot week commencing 8th August, there were three performances at Cultúrlann McAdam Ó Fiaich, Belfast. These started with Debkeh, an exhilarating Arabic folk dance combining line and circle dance often performed at weddings and other joyous occasions.

After the interval, a moving contemporary dance performance called ‘Taken’ followed, based on the testimonies of Palestinian children who had been held or are being held (usually without any charges) in Israeli prisons.    The audience feedback says it all, “very brave and talented young people”, “so moving and emotional”, “worth watching twice”, “visually stunning”, “inspirational, powerful, beautiful” and “We need more of this to help cultures understand one another.” 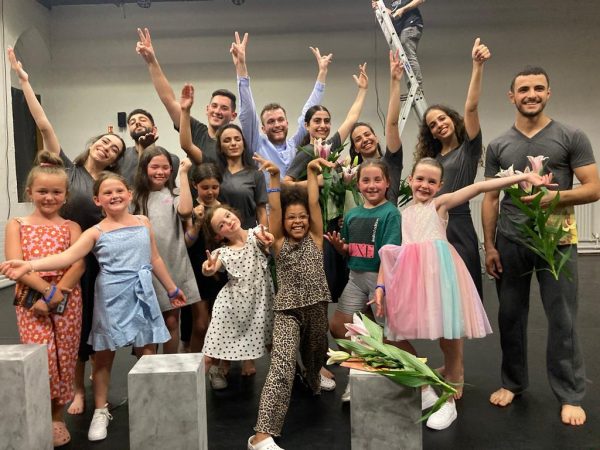 When not on stage, the group enjoyed sampling the local cuisine with fish and chips and pizza being a firm favourite. There were outings to the bowling alley, St George’s Market, city centre shops, a black taxi tour and a trip to the north coast and the Giant’s Causeway. 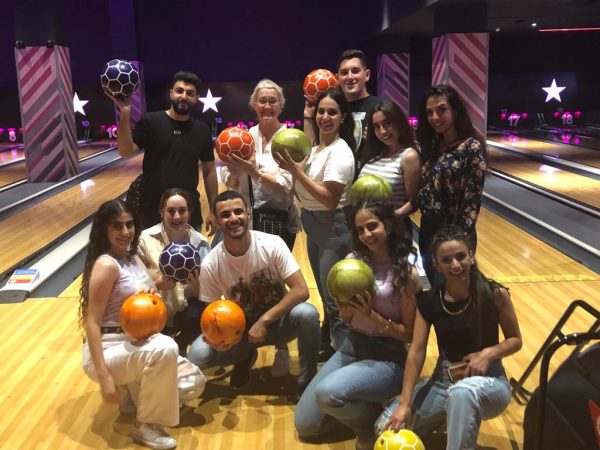 In this short film made by NVTV, you can hear directly from three of the young dancers on; how and why they became dancers, what it means to them to perform these pieces and what they enjoyed most about their stay in Belfast. It might involve something black, white and malty!

We look forward to further collaboration with our friends in Palestine in the future.