Very proud of our Youth Steering Group members that helped out with stage management at the Y.Dance Destinations Showcase in the Tramways in Glasgow this weekend. The group members worked excellently with the YDance team and represented DU Dance brilliantly, helping to manage rehearsal times and the during the live event. Well done everyone! 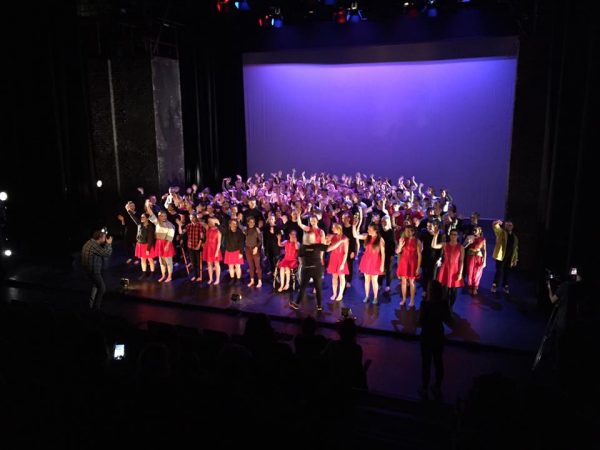 We’ve had a fantastic 2 weeks teaming up with Beyond Skin to bring 18 ‘CARE’ intercultural workshops to schools and community groups across Lisburn, Castlereagh, East Belfast, Ballymena and Ballymoney. The workshops showcased introductions to a variety of cultures including Jamaican dancing, Ghanaian drumming, storytelling from South African and a mix of other cultures. We would like to say a massive thanks to all the groups involved and to our facilitators Ripton, Sheena, Thomas and Nandi!

An exclusive event is taking place in Ballymoney on Saturday 22 October, bringing back memories for those who were around the first time, and bringing generations together, young people and older people, on the same dance floor and dancing to the same tunes.

Dance Hall Extravaganza will celebrate the 60th anniversary of the Ballymoney Evergreen Club as they join together with DU Dance (NI) to relive the renowned dance halls of the 1950s. The event will transform St Patrick’s Parish Centre, Queen Street, Ballymoney into a Dance Hall reminiscent of 1956, the year the Evergreen Club first opened its doors. Come along and dance the night away to live music from The John Trotter Band with special interval performances from members of the Evergreen Club, Alternative Energies youth dance group and the Causeway Crew.

Tickets are £3 which must be booked in advance from the Ballymoney Evergreen Club on tel. 028 2766 4134. The event is family friendly, suitable for all ages. DU Dance (NI) encourages everyone to dress up, come along and join in. 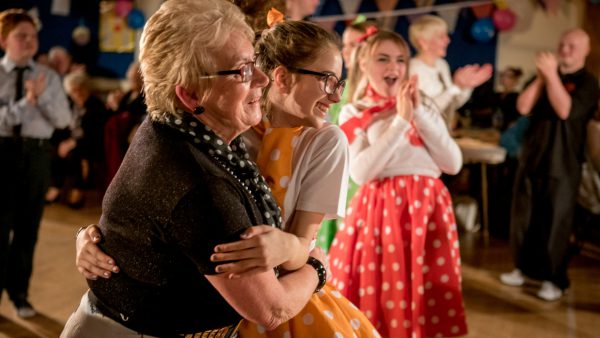 Sutemos and Suteminis were brilliant in their performance of the Butterfly Effect in the Mall Shopping Centre and Market Place Theatre at Culture Night Armagh 2016. The performance was a credit to all their hard work over the past few weeks and was thoroughly enjoyed by everyone who attended. Well done to all!

Sutemos and Suteminis are going to be performing ‘the Butterfly Effect’ at Culture Night Armagh on September 16th 2016. The groups have been working hard on their performance and will be performing at the Mall Shopping Centre at 6.30pm and at the foyer of the Market Place Theatre and Arts Centre at 7.30pm. For more information head over to the Market Place Theatre and Arts Centre’s Facebook. Be sure to check it out if you are about.

Alternative Energies Youth Dance group have started back with their classes every Friday at the Joey Dunlop Leisure Centre in Ballymoney. They are working towards an inter-generational Dance Hall Extravaganza project at St. Patrick’s Parish Centre on October 22nd. All newcomers are welcome to classes and no experience necessary! 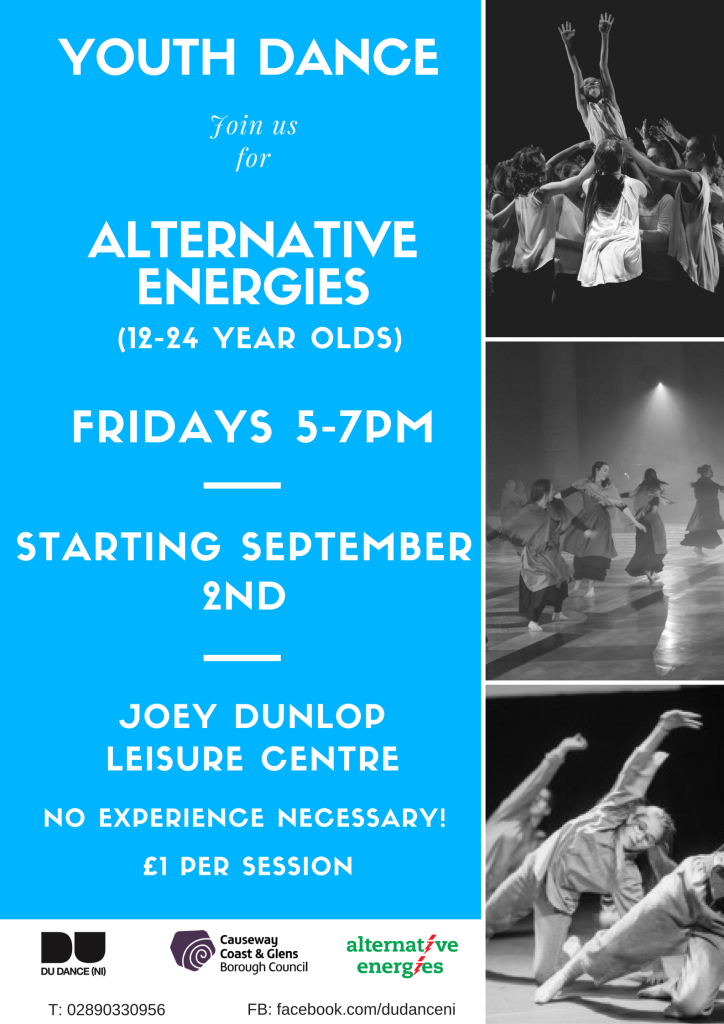 Our Artistic Director, Mags Byrne, has recently returned from Granada where she was working with the wonderful Madrid based company, Psico Ballet, as part of the Manuel De Falla International Festival of Music and Dance. 20 young people and 8 dance artists took part in the platform which included works by choreographers Antonio Ruz, Clara Andermatt and Gabriela Martin Leon. Next up Mags will be heading off to Duisburg to work with Duisburger Tanztheater.  She will be helping Royston Maldoom and the company to mount EXILE, a piece choreographed by Royston’s and performed in Belfast in 2009.  The dance will be accompanied by the Duisburg Philharmonic Orchestra.

Alternative Energies kicked off their summer camp in Ballymoney this year in style with dance workshops culminating in the creation of a new dance piece called “Reigned”. It was lots of fun, with everyone getting involved and being creative. 15 budding choreographers!!!  The week was rounded off with an enjoyable and well deserved bouncing day out at Jump Lanes.

At our Day of Dance, which was held this year in June in Ballymoney, our Youth Steering Group for 2016/17 was elected.  The group was first established in 2012 to enable young people to influence, input ideas and feedback on the company’s work. Youth Steering Group members for 2016/17 elected by their peers are Alisha Platt, Anastazja Milczrarek, Esperanca Gusmao, Kasia Kozuch, Lauren Forrester, Lauren Cunningham, Mackenzie Douglas, Rebecca Wallace, Rhiannon Stewart, Sandra Saldanha De Rosa, Shania Vitor and Weronika Nowak. We are looking forward to working with you all this coming year.
DU Dance Young Ambassadors for the coming year are Lisa Ryan and Sean O’Neill.

We had a wonderful time again this year at our Primary Dance Festival in Belvoir Players Theatre. The festival ran on the 18th and 19th May and featured 11 different classes from nine Primary Schools. There were also five outreach workshops in the build up to the event. A big thank you to everyone involved and congratulations to all of the children, we look forward to seeing you again next year!